Several years ago, an unknown blogger using the pseudonym "Template" created Whallah!  The purpose of this blog at that time was to be a foil to then squawk radio host Jessica McBride.  Soon after McBride was fired by WTMJ, which used a racially charged gaffe as an excuse, but really just wanted to cut corners and bring in the cheaper syndicated squawkers Dennis Miller and the always offensive Michael Savage. 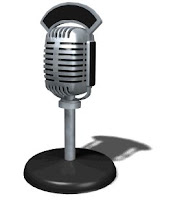 At that time, Whallah! expanded to take on all of the local right wing squawkers, from Charlie "Mr. Woodhouse" Sykes to Mark "Wetback" Belling to the now departed but not missed Republican regurgitst Patrick McIlheran of Milwaukee Journal Sentinel infamy.

But this is just one little blog. It can do so much.

The powerhouses such at WTMJ-620 and ClearChannel's WISN-1130, not to mention other stations around the state are still spewing their one-sided message in order to support Republican/Teahadist causes and agendas.

So how the hell did this happen?

Let me introduce you to my new friend, Sue Wilson, who has more than a passing familiarity with talk radio.

Sue has made a movie about this (which is probably why she is willing to come to Wisconsin and get us started) but her ideas have sound basis and reflect much of what #wiunion has done in the past several months on its own.  To describe how we got here and her plan on how to help us, I would refer the gentle reader to her post (which is unfortunately on Huffington Post - Side word to Sue: Daily Kos, dear, Daily Kos).  Here is a couple of key excerpts:


That's not to say the demise of the Fairness Doctrine did not have an adverse effect. I produced public affairs programming under that rule at KCBS-TV in Los Angeles, and found it very workable. I did not have to tell both sides of the story, I just had to try to do so. I also witnessed how, once it was abolished, TV programs that covered the local community just disappeared. And on the radio side, once the Fairness Doctrine went away, there is little question that Rush Limbaugh went hard right on a national microphone, attacking Democrats and anyone else who gets in the way of his pro-corporate right wing agenda.

Copycats soon moved in, creating an industry of right wing propagandists. In 90 percent of radio programming today, no real debate is allowed (unless a brave or committed few sneak past the microphone hoarders' screeners.)

But the Fairness Doctrine wasn't perfect. Part of the problem was it employed a top down approach, with Big Daddy Government putting broadcasters in the untenable position of being liable for lawsuits even over content in comedy programs. (CBS was sued under the Fairness Doctrine when the Norman Lear character Maude had an abortion in the TV show of the same name; opponents sued, saying CBS must do other shows where women did not have an abortion.) Rather than face such reprise, some broadcasters chose not to cover any controversial issues at all, which many argue chilled debate rather than engendered it.

In August, 2011, the final nail has been pounded into the coffin of the Fairness Doctrine.

Sue goes on to point out that the Federal Appeals Court made a clear and cut ruling that the airwaves, despite the demise of the Fairness Doctrine, are clearly the public's airwaves. They belong to us, not to the Koch Brothers or to Journal Broadcasting. We only let them use them, via the government. If they violate the public interest in using the airwaves, we, the people, can and must correct that, as they did in Sacramento:


This is not to say the only way to get broadcasters to serve the public interest is by filing legal challenges to their licenses. The Sacramento Media Group, affiliated with Common Cause, has successfully employed a model of knocking on TV stations' doors, asking for five minutes of daily political coverage on TV during election season. It took meetings with station management making that request, monitoring stations' coverage for three election cycles, writing several reports and releasing them to local newspapers (which caused the stations considerable embarrassment.) But today, SMG has found success. Their next goal is to ask local Talk radio stations for balanced political coverage, again during election seasons.


At the end of the day, the publicly owned airwaves are about public safety, about community and about ensuring First Amendment rights for everyone in the public square of broadcasting. Luckily, the Supreme Court is on our side.

So, what does this have to do with any of us? Sue answers that question too:

That's the First Amendment Right of all the viewers and listeners, not the just ones who listen to the most profitable formats for corporations.
There is much energy around restoring the Public into the Public Interest. A grassroots movement started earlier this year in Florida, when the UU Legislative Ministry supported an 11 city media reform tour featuring Broadcast Blues.


But it is really finding its legs next month with the 2011 Wisconsin Media Reform Tour featuring Broadcast Blues. (Broadcast Blues is the 2009 documentary film I made which delves into issues of public interest obligations of broadcasters.) Thanks to the organizing efforts of local folks, I'll be traveling to eight cities in Wisconsin, showing the film, then surveying citizens as to their specific public interest needs. Next, we'll work on how to approach their local broadcasters, not just by email, but with personal visits, and convey to the broadcasters what they need. In some cases, friendly visits will get great results: heck, the manager of the station could be somebody you went to high school with. But other times, protests, boycotts, maybe even legal petitions to deny the stations' licenses may need to be filed.

But unlike the Fairness Doctrine, this is a bottom up approach. This is "We the People" holding both broadcasters -- and the FCC accountable to us. We are taking back that which we already own: our public airwaves.

Stay tuned as we get closer. We will need to form teams to take on not only Milwaukee's broadcasters, but in cities all over the state, from Madison to Wausau to Green Bay. The more hands that we have on board, the easier and the faster we can correct this problem which has plagued us for far too long.

Just as we are taking back our state, we need to take back our airwaves.

Are you with us?

Cross posted at Cog Dis.
Posted by capper at 9:58 PM