Charlie Sykes: Torn Between Two Liars, Looking Like A Fool

Yesterday, I wrote a fairly comprehensive expose on the biggest lies told by Brian Sikma and his propagandist group, Media Trackers.

I pointed out that Sikma outdid himself when he came out with the false story of a Republican volunteer who claimed to be savagely beaten. Sikma even went so far as to repeat his libelous lies on the Charlie Sykes show. Despite it being an obvious hoax, Sikma swore up and down that he verified all the facts and stood by his report.

That is, he stood by his story until it became unraveled and he had to admit that it wasn't true. But even then, he lied again, trying to put all the blame on the fake victim and ignoring his own boasting of how he verified his supposed facts.

Because of his scurrilous attacks on an innocent man, he has put himself in line for a possible libel lawsuit that could cost him and Media Trackers a lot of money. Even James Wigderson had to admit that Sikma could be in a world of hurt because of his reckless behavior.

Charlie Sykes did not hesitate to throw Sikma under the bus in order to try to salvage his own reputation:


Then came Media Trackers which claimed it had hard evidence, in the form of a lengthy transcript of graphic and obscene threats against Woods, which they attributed to Pocan's gay partner. If true -- and if MT could verify the information -- the story was a potential game changer. But...

On yesterday's show, I expressed skepticism about the story and asked Brian Sikma how he knew this was not a hoax -- specifically noting the pattern we've seen elsewhere -- and how he had "verified" the now-discredited text messages. Sikma cited multiple sources who had "verified" the texts.

But despite his "sources," obviously the text messages had not been verified, because they were fake.

Media Trackers regrets that we were repeatedly lied to and misled. We regret that our readers were subject to the dishonest claims of a dishonest individual. Despite the best efforts to verify the accuracy and integrity of certain claims, a cover-up sometimes works. Those who create and maintain such fabrications deserve to be ruthlessly exposed for they hold the power to destroy the credibility of innocent people.

The ultimate responsibility for the lies and deception rests with Kyle Wood; but it was unacceptably sloppy to run with the unsubstantiated story.

My colleague, Jeff Simpson, already pointed out that Christian Schneider*, aka Atomic Pantload, had also done his own bit of trouble with this story.

When it came out that the story was a lie, Schneider first put a single line way at the bottom of the post updating people that the story had been recanted. No apologies, no explanations about his role in it, just that one line.

Then suddenly, the story went poof into cyberspace. In it's place, Schneider came out with a new post, utterly changing his story:


Earlier today, I wrote a lengthy post about this Daily Caller story that detailed an alleged attack of a gay GOP campaign staffer in Dane County.

From what I now understand, there are some questions about some details that appeared in the original story, which I quoted at length. As a result, I decided to hold off on running the post until I can verify some of the facts that have been reported.

Whoa! So Schneider is part of MJS management now?

Note how he indicates the story on the same day he wrote it? I wonder how he explains Jeff using that post this morning, days after Schneider wrote the original post.


When I first heard the story, I wanted to write about it, but I questioned some of the details in the original Daily Caller story. So I took down my original blog post and began making attempts to talk to Wood himself to get more details.

On Saturday afternoon, Wood and I talked for around a half hour. He was very pleasant. He sounded calm and credible, adding details to already published reports of the incident. I was always aware that there was still a question as to whether the incident actually happened, which is why I titled the post in the form of a question. But to me, his story at least seemed plausible. I wanted to give him the chance to tell it it public.

As it turns out, my original skepticism was well-founded. It is still unclear as to how much of Wood's story took place, if any at all. He clung to his story until today at 3:52, when I received an e-mail from him verifying a detail in my blog post about him. At that point, he said he would no longer be speaking to the media. Presumably, he recanted his story to the police shortly thereafter.

Huh? Now he's saying that he spoke to Wood on Saturday, after he posted his original story? And now he's claiming to be a reporter? I don't know which is the bigger fallacy, the story or that claim.

Schneider obviously thinks he's safe to say what he wants since no one can know what he originally wrote, as that he had deleted it.

Oh,Schneider is such a silly man. Even before I could get online, a thoughtful friend and already sent me the link to his original post, via Google Cache. I ask you, gentle reader, does this really look like the post of a person filled with skepticism and doubt, or of a man who hadn't already interviewed the alleged victim?


Beaten for being a gay Republican? An interview with Kyle Wood

At 7:00 last Wednesday morning, Kyle Wood was just one of thousands of campaign staffers strewn throughout the country, making phone calls and knocking on doors for candidates on the ballot in November. But an hour later, Wood was lying on the floor of his apartment, covered in blood, having been the victim of a beating he believes was politically motivated.

Wood, 29, who is volunteering for Republican Chad Lee in a Madison-area congressional race, believes the attack was punishment for “betraying” his fellow gays. “My feeling, based on the statements that were made [during the attack], it probably had something to do with the fact that I support a Republican candidate running against an openly gay man,” Wood told me. “And as a gay man, I’m supposed to support that gay man. And I don’t. “ (Lee is running against openly gay Democratic State Assemblyman Mark Pocan.)"

The whole story seems to be rather self-assured and the work of a two-bit hack that was trying to score some cheap political points, even if it meant smearing and libeling an innocent man.

It makes me wonder if Schneider and MJS are also going to be liable to a libel lawsuit.

But this is where Sykes has got himself a problem.

Schneider is a "Senior Fellow" at the Wisconsin Policy Research Institute, yet another right wing propaganda group funded by the Bradley Foundation, as well as a member of ALEC.

Sykes is Schneider's editor there.

And if Sykes doesn't want to hold Schneider to the same level of accountability, he's going to have to explain why not. Would it be because Schneider is a higher caliber hack and liar?

I have no clue what Sykes will do.

In fact, I'm a little surprised that Sykes even called Sikma out on his garbage. Sykes doesn't have an issue with telling lies himself. Every time that PolitiFact has checked his statements, he has been caught with his pants on fire. And when he is confronted with his lies, Sykes readily admits it:


"My ‘evidence’? Absolutely none."

Sykes went on to label his remark "an off-hand wisecrack" -- "You know, humor, hyperbole, joke."

Which brings us to the same question I asked yesterday:


My question is, given how often so many of them have been proven to be dishonest - whether on their own volition or by feeding off of stories from people like Sikma - how can anyone believe what any one of the right wing propagandists, bloggers and squawkers?

*Not to be confused with the other Christian Schneider, though how the mistake could be made is pretty obvious.

Cross posted at Cog Dis.
Posted by capper at 11:35 PM No comments:

For the past 75 minutes, radio squawker Charlie Sykes has been lamenting the Frankenstorm, Hurricane Sandy.

But he as not been decrying the danger it poses for the millions and millions of people living in its path.

He's complaining but the storm will dominate the news instead of focusing on his trumped up conspiracy theories regarding Libya.

Nice to see that the GOP and their mouthpiece have their priorities in line.
Posted by capper at 11:16 AM No comments:

Charlie Sykes has been pushing his latest book, "A Nation of Moochers"*  a lot lately. Apparently sales of a condescending, boorish and elitist squawker's book aren't going well in an economy where no one has money.

John Stewart makes a great observation regarding this: 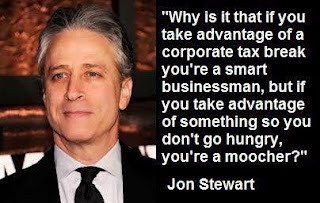 *When I first saw the title, I thought Sykes was writing about his relationship to the collective backside of WISGOP.
Posted by capper at 12:37 AM 1 comment: